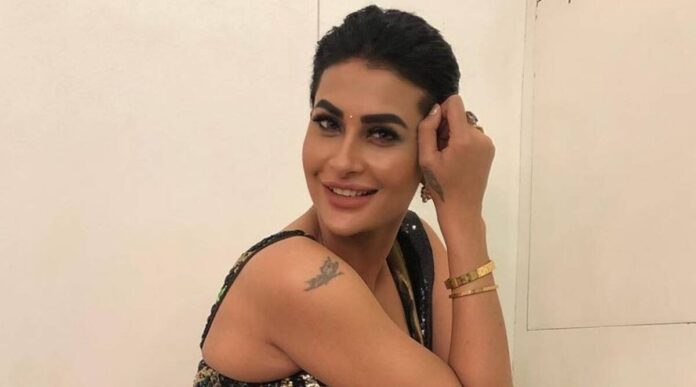 Pavitra Punia is an Indian Television actress, model, and entrepreneur who came to popularity after appearing as a participant on MTV Splitsvilla 3 in 2009 and emerging as one of the finalists in the show. Punia is most recognized for her role in Love U Zindagi as Geet Dhillon. Over the years, she has appeared in various onscreen roles like Sawaare Sabke Sapne as Preeto, Naagin 3, Yeh Hai Mohabbatein, and other TV series. She has also appeared as Anushka in Honge Judaa Naa Hum, Ritu in Kavach Kaali Shaktiyon Se, and Chandrika in Daayan. She is best known for her role as Timnasa, the evil queen in the hit Sony SAB drama Balveer Returns. She has played both negative and good characters in many television series. Aside from her drama serial career, she also made her Bollywood debut in 2015 with the film Siddhartha-Love Lust Peace. She also entered the Bigg Boss 14 house as a contestant in 2020.

Pavitra Punia’s real name is Neha Singh. She is a Television actress and model from Hisawada, District-Baghpat, Uttar Pradesh. She was born on April 22, 1986, in Delhi, and grew up in the Police Line colony near Primtampura. She was raised in a middle-class family. Pavitra is of Indian origin and follows Hinduism. Her zodiac sign is Taurus.

Talking about her educational background, she went to Abhinav Government School in Rohini, Delhi for her early education. After that, she moved to New Delhi for her further studies. She then enrolled in the All Indian Institute of Medical and Health Sciences in Delhi, where she received her Diploma in Aviation and Hospitality.

She wanted to be an IPS officer, and she began preparing for the UPSC throughout her graduation. She later dropped out of school to pursue a career in acting and modeling.

After finishing her studies, she received a call from a Kingfisher modeling agency to work as a model.

In 2009, she began her career on MTV with the popular dating reality show Splitsvilla. She was a finalist in the competition, which was held in Phuket, Thailand.

In 2010, she got the opportunity to work on a TV show called ‘Geet – Hui Sabse Parayi,’ in which she played the cameo role of Dalljiet.

In 2011, she got her first lead character in the Star Plus serial ‘Love U Zindagi,’ in which she co-starred with Bigg Boss 13 winner Sidharth Shukla. She played the character of Geet Dhillon.

In 2013, she has also been in the television reality show ‘Welcome – Baazi Mehmaan Nawazi Ki.’

In 2016, she played the negative character in the Star Plus serial ‘Ye Hai Mohabbatein.’ She played the role of Nidhi Chhabra.

Since then, the actresses have gone on to feature in shows such as ‘Ritz Jeele Yeh Pal,’ ‘Hongey Judaa Na Hum,’ ‘MTV Making The Cut 2,’ ‘Darr Sabko Lagta Hai,’ and ‘Sawaare Sabke Sapne Preeto.’

She also appeared in TV shows like ‘Kaleerein,’ and ‘Naagin 3.’

She played the villain in & the TV serial ‘Daayan. As a contestant in ‘Box Cricket League 4’, ‘Baalveer Returns’, ‘Aladdin – Naam Toh Suna Hoga,’ and ‘Kuch Smiles Ho Jayein’ are some of her recent TV appearances.

In one of an interview, Pavitra Punia described her journey on the show Bigg Boss season 14. She said, “My journey inside the house was very beautiful and disgusting. Those disgusting fights used to ruin the beautiful moments that I have shared with the housemates. So, I’ll just sum up my journey inside the ‘Bigg Boss 14’ house in these two words. I did not lose interest in the game but I was losing my health. I was not well. I was not as energetic as I was initially in the first 7 weeks. The 8th week was down for me as my health wasn’t supporting me.”

Pavitra Punia belongs to a police department family from Hisawada, Bhagpat City, Uttar Pradesh. Her real name is Neha Singh, but she is better known in the industry as Pavitra Punia.

Her father’s name is Kushal Pal Singh, and he is a police officer by profession. Her mother’s name is Suman Singh, and she is a homemaker. She also has one sibling, Anurag Singh, who is her elder brother.

Talking about her love life, she’s currently dating Bigg Boss 14 contestant Eijaz Khan. Eijaz Khan is an Indian film and television actor. They met for the first time in the Bigg Boss 14 house and started dating.

She previously dated MTV Roadies contestant Salman Sait in 2011, however, the pair split up after one year.

In 2015, Pavitra engaged Sumit Maheshwari, an Indore-based hotelier. Her engagement, however, was called off due to personal reasons.

She was also rumored to be dating Pratik Sehajpal who has been a part of many TV reality shows like Roadies, Love School 3, and Ace of Space.

Pavitra lives a luxurious lifestyle, and her primary net worth comes from films and television serials, and her secondary income comes from modeling, brand endorsements, TV commercials, and others.

Pavitra Punia’s net worth is estimated to be between $1 million to $5 million. Pavitra earned the most of her income from her acting and modeling career. While she had exaggerated the scale of her business throughout the years, the money she made from this was real enough to qualify as one of the biggest celebrity cashouts of all time.

Regarding the model and actor’s social media activity, she can be found on Instagram under the username @pavitrapunia_. She has a huge Instagram following.

Pavitra is always active on social media to remain in touch with her followers, posting gorgeous pictures and reels of herself.

Aside from that, she has beautiful black hair and dark brown eyes, which complement her face and personality very well. Pavitra is highly conscious of her health and beauty. She goes to the gym daily, and her body measurements are 34-26-34 inches. She has a slim and hourglass body shape.

Pavitra Punia also has a love for tattoos, which is why she has so many of them on her body. Pavitra Punia has five tattoos on her body: a rose on her finger, seven chakras on her spine, a peacock feather on her arm, an eye on the same arm, and a fairy on her shoulder.

2. After finishing her studies, she received a call from a Kingfisher modeling agency to work as a model.

3. Pavitra Punia first appeared on television in 2003 in the reality show MTV Splitsvilla.

5. She gained fame after starring in Love U Zindagi as Geet Dhillon.

7. She was also featured in Ekta Kapoor’s Naagin TV series.

10. She has appeared in several TV reality shows, including ‘Welcome-Baji Mehmaan Nawazi Ki’ (2013), and ‘Box Cricket League’ (in various seasons).

Who is Pavitra Punia?

Pavitra Punia (aka Neha Singh) is an Indian television actress and model. In 2009, she began her career as a contestant on the MTV reality show Splitsvilla 3. She then made her acting debut as a cameo in the show Geet – Hui Sabse Parayi. She then got her first lead role in the show Love U Zindagi. She is most recognized for her role as Timnasa, the evil queen in Baalveer Returns. She was also a contestant on Bigg Boss 14. Over the years, she has appeared in many TV shows such as Sawaare Sabke Sapne, Naagin 3, Daayan, Sasural Simar Ka, Kavach Kaali Shaktiyon Se, and Hongey Judaa Naa Hum.

Aside from her drama serial career, she made her Bollywood debut in 2015 with the film Siddhartha-Love Lust Peace.

What is the real name of Pavitra Punia?

Her real name is Neha Singh.

How old is Pavitra Punia?

Who is the boyfriend/husband of Pavitra Punia?

Pavitra Punia is currently dating her boyfriend, Eijaz Khan. They met for the first time in the Bigg Boss 14 house and started dating.

She also dated MTV – Roadies contestant Salman Sait in 2011, however, the pair split up after one year.

Pavitra Punia was once engaged to a businessman named Sumit Maheshwari, however, they broke up due to some personal issues. She soon began dating Bigg Boss 13 participant Paras Chhabra (actor). She ended her relationship with Paras and began dating Ace of Space participant Prateek Sahajal from Roadies.