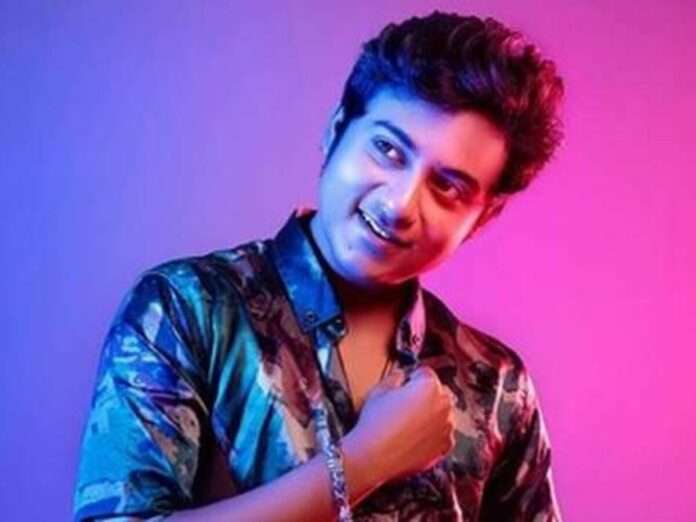 Aajeedh Khalique is a playback singer, performer, and musician from India. He won the title in the singing reality show ‘Super Singer Junior Season 3’ in 2011, which aired on Star Vijay. Aajeedh is also well-known on social media platforms such as Instagram, Facebook, and YouTube. He sang a few songs from the film Poovarasam Peepee, including Enakkondrum Vaanveli and Angry Birds. He also entered the Bigg Boss Tamil season 4 as a contestant in 2020 hosted by Kamal Haasan which telecast on Vijay TV. However, he was eliminated only after a few weeks.

Talking about his educational background, Aajeedh Khalique attended Alpha Wisdom Vidyashrama Senior Secondary School in Tamil Nadu from 2003 to 2016. He then went to the National Institute of Open Schooling (NIOS) (2018-2019). Aajeedh Khalique also attended Loyola College, which is located in Chennai. He also has a BSc Visual Communication degree, which will help him have a successful career in the future.

He was always interested in singing and music and aspired to be a successful singer and musician in the entertainment industry.

Aajeedh Khalique came to popularity after his TikTok recordings went viral on social media. He is quite popular on social media platforms. He has a huge following on Instagram and Facebook. He has a YouTube channel where he uploads music recordings.

Aajeedh Khalique has had a strong interest in music since he was a child. He was also an excellent student in school. He has also taken part in school events. Aajeedh’s mother, Shabana Begum, inspired him to pursue his dream of becoming a singer.

In 2011, he appeared on the reality singing show Super Singer Junior 3 on the Star Vijaya network. He was only 9 years old at the time. As a result, his singing ability at such a young age amazed the judges. He was later named the season’s rising winner.  AR Rahman, the Oscar-winning composer, and singer presented him with the title award. And He essentially became a household name in Tamil Nadu.

Aajeedh later entered the Tamil entertainment industry as a playback singer. He gained media attention at a young age as a result of his dedication.

In 2014 he sang three songs for the Tamil film “Poovarasam Peepee,”- ‘Enakkondrum Vaanveli,’ ‘Angry Birds’, and ‘KO KO KO’ are some of his best-known songs. Following the release of these songs, his popularity grew and his songs later went viral on social media, gaining a lot of attraction among youngsters. As a result, he has given several stage performances in South India.

In 2020, he entered the Bigg Boss house Tamil season 4 as a contestant hosted by Kamal Haasan which telecast on Vijay TV. However, he was eliminated only after a few weeks.

Aajeedh Khalique recently become an entrepreneur. He has opened a recording studio in Chennai, which he announced on his Instagram account.

“I can’t thank you all enough for taking time and attending my studio’s opening. You guys are amazing! @suresh.chakravarthy Thatha is missing in these pics. A big thanks to you for attending this thatha!

Happy to launch AK SOUNDWORKS, a recording studio at Choolaimedu. So excited for this new venture and a new beginning!”

Aajeedh Khalique is from a middle-class family in Chennai, Tamil Nadu, India. He is of Indian origin and follows the Islamic religion. Aajeedh currently lives in Chennai.

His father’s name is Nisar Ahamed and he works for a private company in Chennai. While her Shabana Begum is a homemaker. He also has a younger sibling named Roshan Riyaz.

But according to some sources, the young playback singer has previously been linked to two girls, Yazhini and Anu Anand.

Aajeedh Khalique is a well-known playback singer. He has worked tirelessly since his childhood to achieve his goals to their peak. Aajeedh has undoubtedly accumulated a significant amount of fortune. His estimated net worth, however, has not been disclosed. As a result, no information about his income is available.

However, Aajeedh lives a luxurious lifestyle, and his primary net worth comes from playback singing and his secondary income comes from stage shows, live performances, brand endorsements, TV commercials, and others.

He recently become an entrepreneur and has opened a recording studio in Chennai, Which could help him in increasing his income.

Aajeedh Khalique came to popularity after his TikTok videos went viral on social media. He was quite popular on TikTok before the app was banned in India.

On Instagram, he has over 464k followers and his Instagram handle is @aajeedh_khalique and shares 445 posts (as of April 2022).

He is quite popular on Facebook where he has 521k followers as of April 2022.

He also joined Twitter in October 2019 and isn’t very active on Twitter, yet he has 1,204 followers. He has collaborated on several commercials due to his huge social media following.

He has a YouTube channel with 86.3k subscribers where he uploads music videos.

Aajeedh Khalique is a handsome young man with a charming personality. He values fitness and health and spends hours in the gym. He stands 5 feet 5 inches tall (165 cm) and weighs around 65 kg (143 lbs). His hair is black, and his eyes are dark and captivating. His physical dimensions are 40-28-36 inches. He also wears a shoe size of 9 US.

1. Aajeedh Khalique is a playback singer who came to popularity after appearing on the singing reality show “Super Singer Junior 3.” (2011).

2. He was born in Tiruchchirappalli, Tamil Nadu, to a middle-class family.

7. He learned music from Ilaiyaraaja.

8. Aajeedh has always loved to sing since he was a kid.

9. He also performed the song Thikki Thenarudhu from the film VU.

Aajeedh Khalique is a well-known playback singer who has worked in the Tamil film and television industries. He won the third season of the singing reality show Super Singer Junior. AR Rahman, the Oscar-winning composer, presented him with the title award. Aajeedh recorded his first Tamil song as a playback singer for music director Aruldev. He performed three songs in the Tamil film Poovarasam Peepee “Angry Birds,” “Ko Ko Ko,” and “Enakkondrum Vaanveli.” Aajeedh has also sung and performed in the film VU’s song Thikki Thenarudhu. He also entered the Bigg Boss Tamil season 4 as a contestant in 2020 hosted by Kamal Haasan which telecast on Vijay TV. However, he was eliminated only after a few weeks.

When did Aajeedh win the title of Super Singer?

Aajeedh Khalique won the TV reality show “Super Singer Junior 3” in 2011. He came to popularity after his TikTok and YouTube videos went viral on social media.