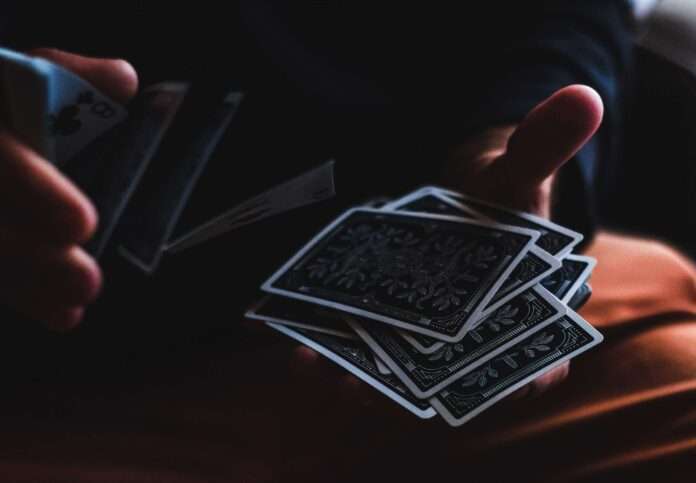 Poker is long thought of as an embedded part of US culture. And that isn’t just a fantasy of popular media. Yes, it’s been used in movie portrayals documented the country, from the Wild West to the glitz and glamor of Las Vegas, whether as an excuse to get some tense close-ups or even as the dramatic core. But numbers don’t lie when it comes to the American passion for poker — the US-based World Series is still considered the biggest of its kind globally, and the majority of high stakes winners still hail from the US. Meanwhile a decade after the late dot-com-boom era of online poker, trends like mobile and web apps, cryptocurrencies, and live dealer games have contributed to an evolving space.

All of which make current geographic limitations all the more surprising. The legalization of poker in the United States is slow, but there is progress. State by state, legislation is coming through to allow legally sanctioned real-money games. Happily, free-to-play games are readily available to a wider player base, so there’s plenty for poker players to get their teeth into. Here at Informative Writer we’ve already covered how to play and do well in a game of dumb charades, but how about a game that might have some real stakes attached to it? After all, poker is much more than a game of chance — it demands a range of different skills to be successful.

Making and observing a strategy

Come into a session with an idea of what you want to do. One solid idea, for example, is to be judicious about which hands you play and then play those aggressively. To help with this, there are free tools that can help show you probabilities of success based on pre-flop hands, and how those will change after the flop. Check carefully how the strategy works out and, if you’re learning, take notes to improve your game over time.

Even highly experienced players will demonstrate patterns after a while. Being on the lookout for these will often give you a crucial advantage. Let’s say another player thinks they have a better hand and checks early on, before going on to raise after the turn. Known as check-raising, it’s often time to fold unless you’ve a killer hand.

Additionally, there are a lot of tiny signals or ‘tells’ where people often unintentionally give themselves away, such as glancing at their own chips on a strong flop. Aside from making sure you don’t do these yourself, in time you should be able to spot them.

This one is easier said than done. Mental fortitude is overall an important aspect of poker, and losing patience is one of the quickest ways to start making rash decisions or other mistakes. Apart from the things that usually keep you calm and focused such as hydrating and regular exercise, the first step once you start playing is to notice what pulls your emotions off the rails. Common causes of ‘tilt’ include losing despite a good hand and, conversely, overconfidence from a winning streak. Even hardened professionals will confess to having it happen. Casual players luckily have the option of taking a break or simply quitting for the day.

There’s a lot to playing poker well, and there are plenty of books laying testament to that. At the crux of good play and improvement, however, is always a methodical, perceptive state of mind.

 How to Pay for College as a Sugar Baby?

There Are Different Types of THC Vape Pens Available