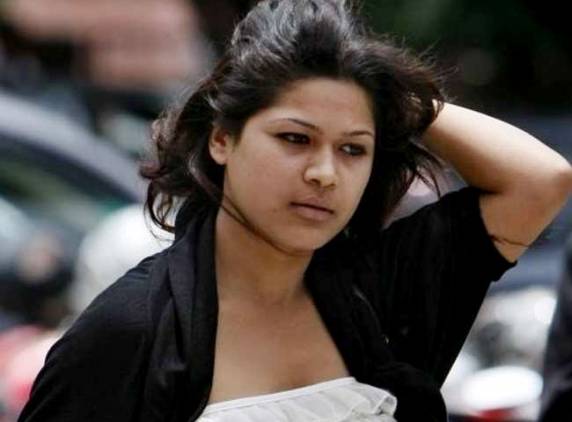 Nihita Biswas is a public figure who came to popularity after marrying ‘bikini serial killer Charles Sobhraj. Nihita is a Nepali reality television personality. Nihita is known for being the second wife of a serial killer, regardless of her Nepali TV personality. She appeared on the fifth season of the Indian reality show Bigg Boss season 5.

Nihita Biswas was born in December 1988, in Kathmandu, Nepal. She is 34 years old as of 2022. She comes from a mixed ethnic background of Indian and Nepali descent. She currently lives in Lalitpur, Nepal.

There is no information available about Nihita’s father. However, her mother, Shakuntala Thapa, is an advocate and human rights, activist. Nihita’s parents divorced when she was a child. Her father was a businessman from Kolkata, but there is no update on what he’s doing now.

Talking about her educational background, Nihita attended St. Mary’s High School in Kathmandu, Nepal, and then graduated with a law degree from Tribhuvan University in Kirtipur, Nepal.

Her popularity grew as a result of her appearance on the Indian TV channel Colors’ reality show Bigg Boss season 5. Aside from that, Nihita Biswas was the first Nepali contestant on the show, but she did not stay long because she was eliminated in the first round of the show, and she has been out of the media spotlight since then.

Nihita initially found herself in an awkward situation on the first day of her Bigg Boss journey, when one of the Big Boss contestants asked Nihita about their sex life. Nihita initially avoided the question; however, when asked over and over again, she refused to answer. The responses infuriated Nihita’s family and relatives in Nepal. Nihita’s mother called it disgusting. In a conversation with the media, she said-

“People don’t ask such questions, especially to people they have known only for 15 minutes. Nihita is young and led a sheltered life. We encouraged her to join the show thinking she would make friends with people from different cultures and broaden her horizon.”

After being evicted from the fifth season of the controversial reality show Bigg Boss, Nihita gave an interview, in which she said-

“It is unfair. They gave out a hurried decision. I was not given an opportunity to prove myself. People never got to know the real Nihita. They couldn’t understand me,” Nihita told PTI.

She lost to model VJ Pooja Mishra, whom she referred to as the devil.

“Pooja is a devil. She is stupid. She may have some connections. That is why she was not evicted and I had to bear the brunt. In the show, other contestants were mean to me and spoke ill of me but all that was edited,” she said.

Furthermore, she said “I feel bad that I have to go back home defeated. But I will be fine. I have been in a similar situation for the last three years and I will manage. I will keep fighting for my husband”.

However, Charles Sobhraj already had a daughter from her first wife, about ten years older than Nihita, at the time of their marriage. Her daughter Usha, currently lives in the United States with her mother, Chantal Compagnon. They both prefer to keep their identities hidden, so finding out where they are is difficult.

In 2010, the Supreme Court of Nepal accused the judiciary of corruption. Nihita was then charged with contempt of court, along with her mother. In which it was claimed that the judges of the Supreme Court had accepted bribes to deliver a biased verdict against Charles. Aside from that, Nihita’s relationship and marriage to Sobhraj had sparked numerous controversies. People accused her of marrying him for the sake of fame and money.

Nihita has not yet disclosed her net worth. There are no details available regarding her net worth or income. Biswas has also not revealed her current salary.

On the other hand, her husband Charles has earned a huge amount of money by murdering people. He used to charge people $5000 to tell his crime stories, and he also charged money to take his photographs, so he has an estimated net worth of around $1 to $5 million. Though he has managed to earn a substantial amount of blood money, it is now worthless because he has been sentenced to life imprisonment in Nepal.

Nihita is a beautiful woman who stands 5 feet 2 inches (157 cm) tall and weighs around 55 kg (121 lbs). She has beautiful Black hair and black eyes.

Besides that, there are no other details available about her body measurements.

3. Her mother Shakuntala Thapa is a lawyer.

4. Nihita, the wife of a French serial killer, is also an advocate who appeared on the Indian TV show Big boss in 2011. It was the fifth season of the Big boss reality TV show.

5. Nihita’s husband is still in prison, serving a life sentence.

6. Nihita was the first Nepali contestant to be eliminated from the reality show Bigg Boss.

Nihita Biswas is a lawyer from Nepal. She is best known as the second wife of French psychopathic killer Charles Sobhraj, also known as the ‘Bikini Killer’ or ‘The Serpent.’ Nihita Biswas was born in December 1988 in Kathmandu, Nepal. She is currently 34 years old in 2022. She attended St. Mary’s High School in Kathmandu for her schooling and then graduated with a law degree from Tribhuvan University in Kirtipur, Nepal. She came to popularity after appearing on the fifth season of the Indian reality show Bigg Boss Hindi.

Is Nihita Biswas married or unmarried?

Nihita came across legendary serial killer Charles Sobhraj while looking for a French interpreter. The couple fell in love at first sight. Despite being 44 years younger than Charles, they got married on October 9, 2008, on Bada Dashmi. However, the story of their marriage has been denied by Nepali authorities. Their wedding also made several front-page headlines.

It wasn’t just their age difference, but Charles was serving a life sentence for the murder of Connie Jo Bronzich by a Nepali court.

Where is Nihita Biswas now?

She currently lives in Lalitpur, Nepal.

How many people have been Charles Sobhraj killed?

According to ‘The Serpent’ the web series, serial killer Charles Sobhraj is suspected of killing at least a dozen people in the 1970s, and possibly as many as 24. The Hippie Trail in Southeast Asia was where the majority of Charles Sobhraj’s victims were discovered. At least two of his victims were discovered drowned while wearing only bikinis, earning him the nickname “The Bikini Killer.”